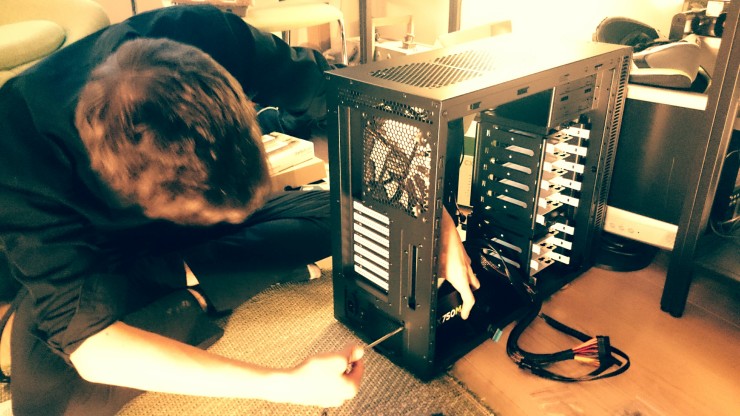 When he’s not running Rackmount Record’s, record label CEO, Hugo Glenwright is an outstanding programmer and AV Designer. To which end, we’ve brought him on board as a partner at VIAPERFORMANCE. Together, we’ve been building something pretty damned exciting.

Working towards our top secret 2016 project, we’ve been designing, constructing and writing code for an AV Server.

Keeping it short, sweet and vague (top secret, remember), we need to be able to projection map, sending mad mapper, arena and some top secret cue running software out to more than ten outputs; which means building an AV Workhorse.

Here’s our work so far… 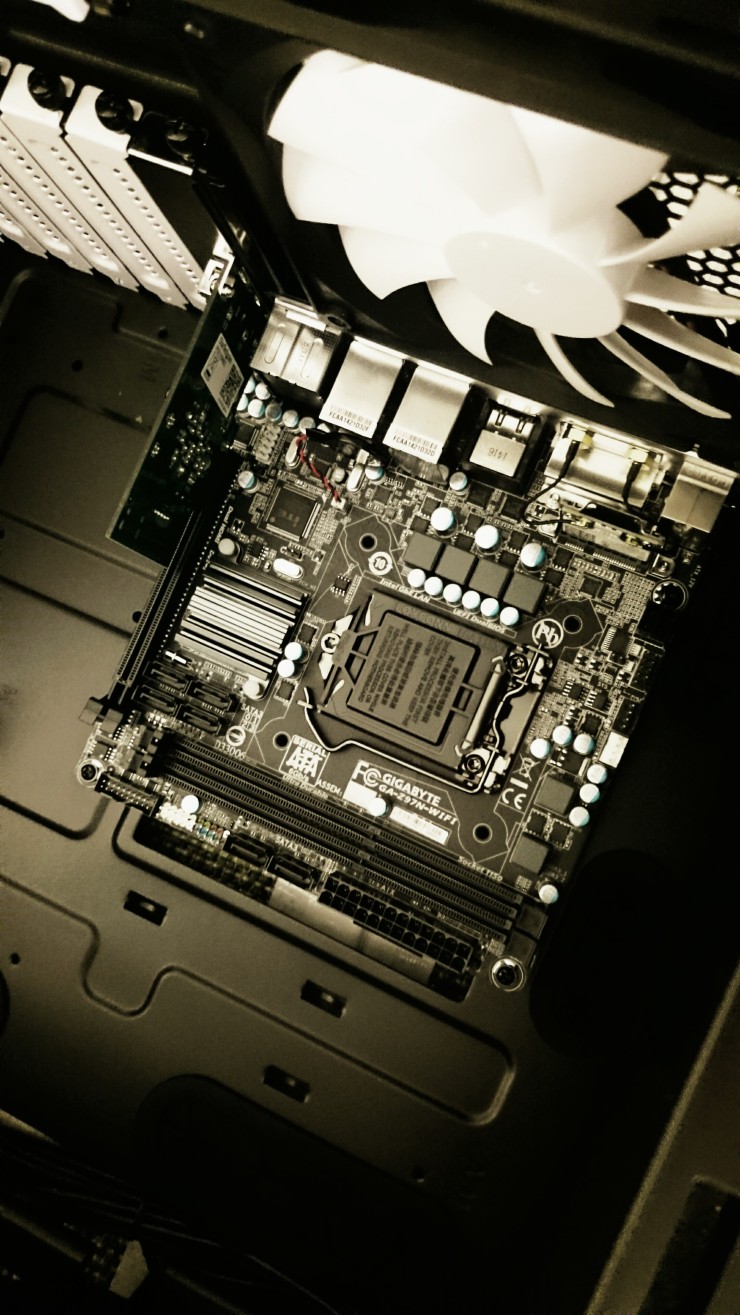 ^ In go the extra fans and the compact mother board (more room for the pipes on the liquid cooling system). 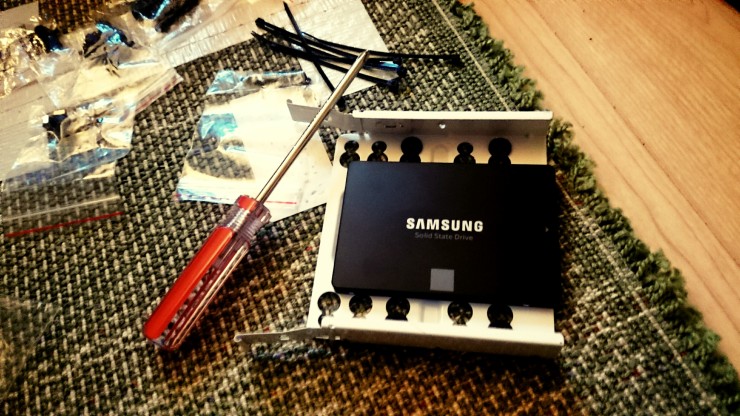 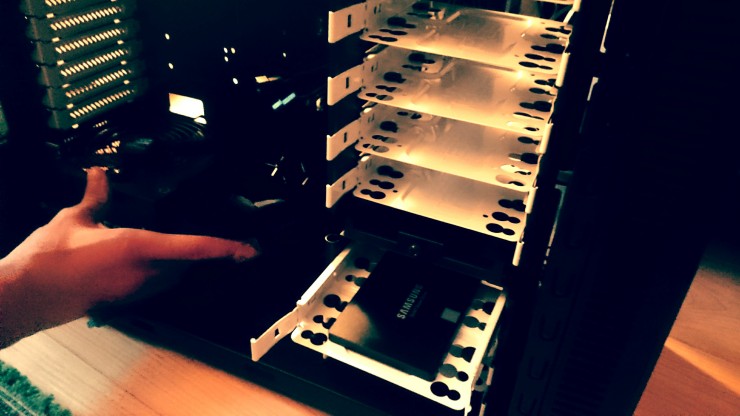 ^ In goes one of the SSDs, with plenty of room for the HDD Array (this tower case is incredible value for money by the way). 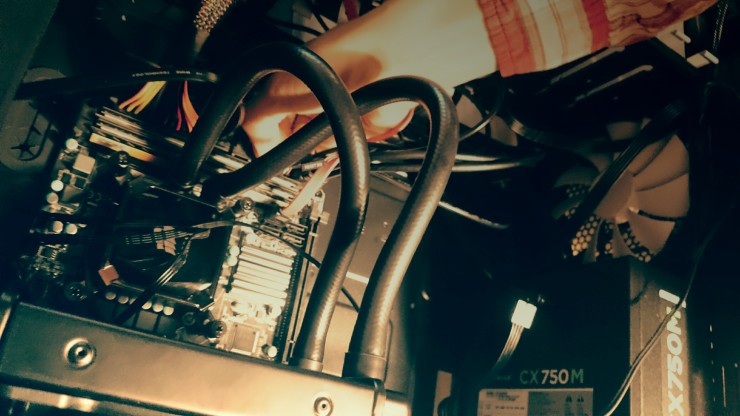 ^ In goes the processor and the lovely liquid cooling system. (This thing runs cold cold cold).

Things got a little bit more secret (also fucking finickity, so no photos) after this, but the rest of it was basically racking bits, extra fans, some LEDs (couldn’t help ourselves) and sets of PCIe and SATA options for I/Os.

And it ends up looking like this, the beast (the cheeky giant anteater is 10″ tall, for scale). Now to write the bootloader and some sneaky code. By the way, we’re definitely not going to tell you what OS we’re running on this home build. We’ll leave that to your guess. 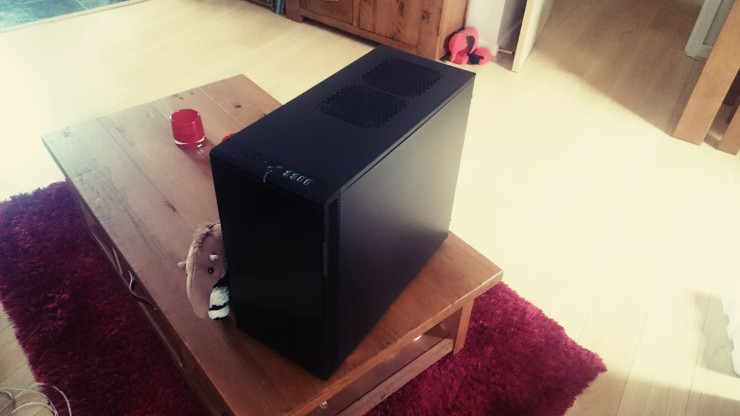