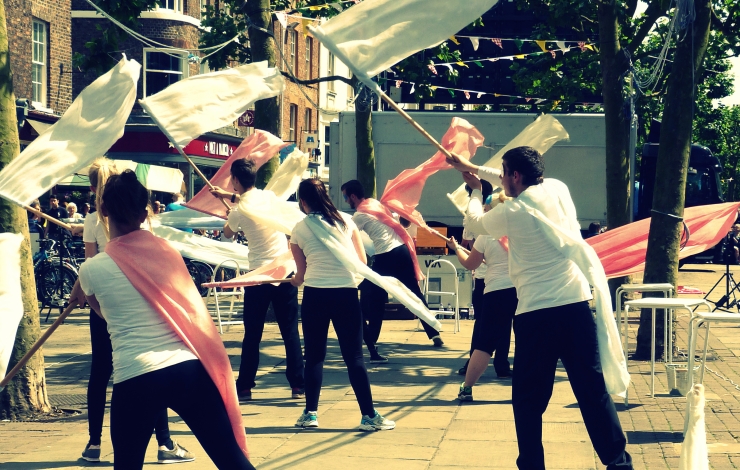 On a normal show day we’d be up at the crack of dawn, fitting the space and making sure vehicles were loaded or otherwise on site. Not today though.

No, today is the opening of the Tour De France, for which we have been commissioned to create a large scale, spectacular street theatre piece in the centre of York. It’s part of the Grand Depart and we’re thrilled to be working alongside fellow York based company (and band), Four Shadows.

This our first collaborative piece for a while and I (Kiran in this instance) am gutted that I am not even going to be there! As it turns out, I am at Sonisphere Festival, soaking up the sun, catching some incredible bands and doing a bit of audio research for our next show with VIAPERFORMANCE. Also, I might have booked my tickets the day before we were commissioned for the Tour De France.

At any rate, we designed the show throughout June and handed it over to Four Shadows on Friday, and it’s all been left in the capable hands of my wonderful co-director Rich (whilst I drink this really warm beer in a baking tent). 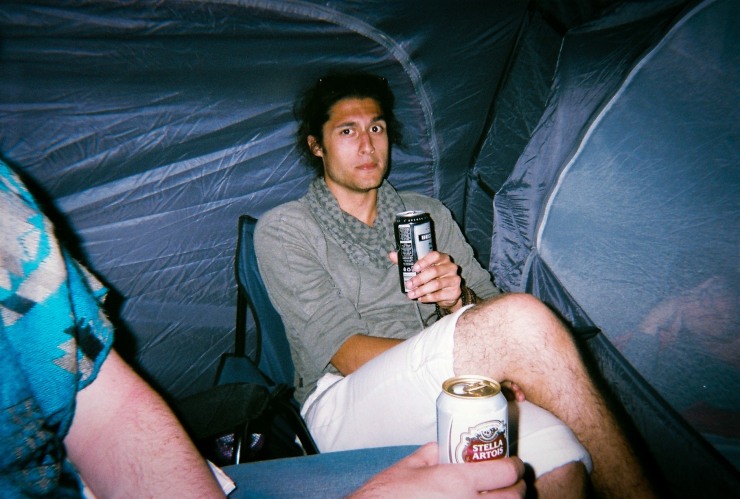 But here’s the twist…

(Perhaps to make things more exciting) Rich managed to slice off the end of his finger last night (oh, those capable hands)! It doesn’t help that he’s our (and Four Shadow’s) drummer, so this isn’t exactly good news. However, he assures me that he’s got some crazy drum loops to substitute his injured paw, and that he’s not too tired from a night in A&E!

We’re sure that he’ll be fine!

Oh, and, due to advanced pedestrianization and the huge crowds of spectators gathering in York, our “vehicles” have been switched for  flatbed wagons, to be pulled by the crew.  We’re 99% confident that they’ll be fine with it, even if Rich can’t lend them (insert drum roll here – or not, as the case may be) a hand.

So we’re one director down and one hand short, but it’s hardly going to stop us. We’re lucky to have an incredibly dedicated cast and some fantastic collaborators. On top of which, we feel great. In fact, we had a trial day yesterday and we received word from our commissioners at City of York Council and the Tour De France that it’s all good, it’s looking and sounding great. In fact, from what I’ve seen online, it looks pretty awesome!

We’re expecting huge crowds today, about 20,000 people! Oh, and we’re being televised by ITV and the BBC. So here’s to hoping that the weather’s good!